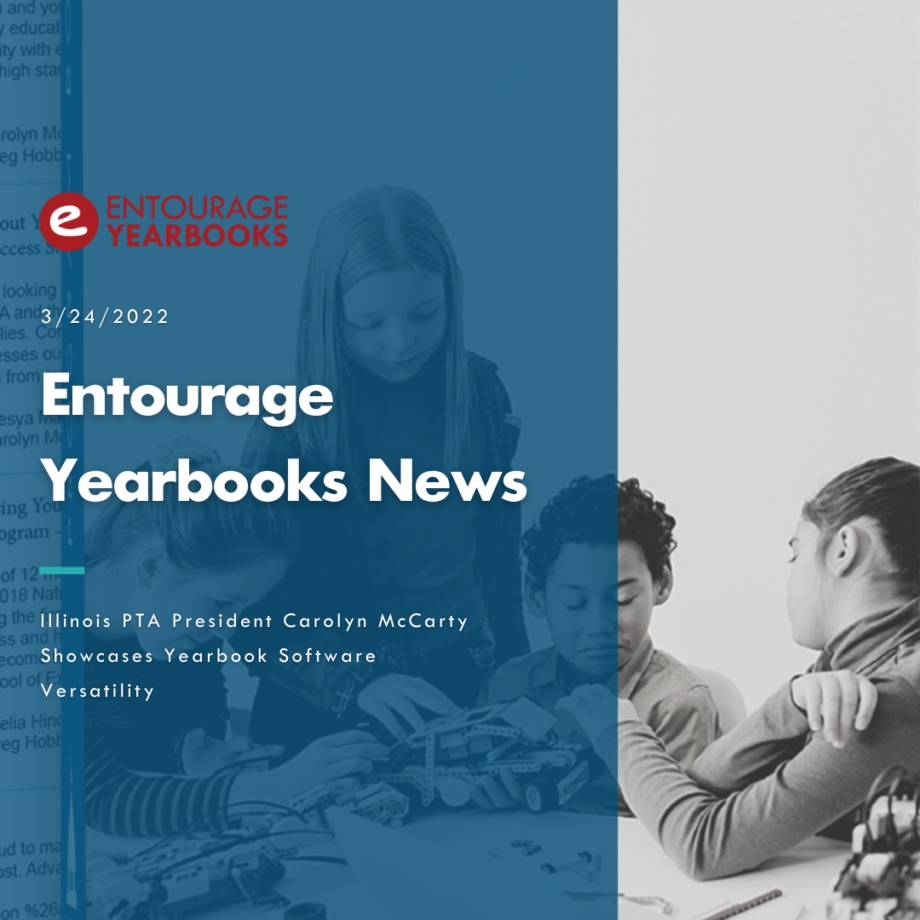 Every year, the Illinois Parent Teacher Association holds the Illinois PTA Convention and Advocacy Conference for PTA leaders statewide to “network, learn new ideas, and sharpen leadership and advocacy skills.” The Illinois PTA was first founded in the year 1900*, and their annual convention is one of their most important and most anticipated events. The Illinois PTA is the Illinois state chapter of National PTA, which is the largest child advocacy organization* in the country.

I spoke with Carolyn last week to discuss her new partnership with Entourage and her journey to the state PTA presidency and this year’s convention.

“I first joined the PTA in 1986, when my daughter entered second grade. I had just moved to Illinois and I didn’t even know that there was a larger PTA than the group at her school,” McCarty shared with me.

From humble beginnings in the late eighties, McCarty’s role with the PTA grew when she quit working in 2006 and began volunteering at the school full-time. Before leaving the workforce, she was a director at The May Department Stores Company (former operators of department stores such as Lord & Taylor and David’s Bridal), in their credit division. Because of her background with finance, the school’s principal reached out to her for help with a PTA tax question, and eventually that led to an introduction to a member of the state PTA board. McCarty joined the state board in 2010, and stepped into the role of President last year.

As State PTA President, McCarty’s role includes overseeing the group’s numerous advocacy initiatives as well as the annual convention. Her partnership with Entourage began last October, when she was attending a principal’s conference and happened upon Entourage’s booth.

“She walked up to our booth and said, ‘Can you give me a great deal on a program book?,’ and I told her, ‘I’ll do you one better,”’ said Shaun Stapleton, Head of Sales and Marketing at Entourage. He offered to cover the cost of the project entirely in exchange for McCarty’s help getting the word out about Entourage’s services to PTA members. McCarty agreed, and the process of designing the program book soon began in earnest.

Though a convention program isn’t the first use one might think of for a yearbook software, the versatility of Entourage’s proprietary design platform makes page design for any kind of printed matter possible.

“We think using a yearbook company is a great opportunity to make a program book, also,” said McCarty. “A yearbook is not limited to classroom pictures and student pictures, but can be utilized for other types of event books.”

One of the biggest benefits of working with a yearbook company for an event program is the quality. Since yearbooks need to be durable above all else, the paper and cover material is typically thicker and glossier than that of any standard printer. When McCarty received the proof for her program book, she was amazed. “I showed the proof to our executive board members, and they were like, ‘This is wonderful!,’ ‘This looks great!’ and I’m going, ‘Yes, it does!'”

Other executive board members agreed: “[The book] is amazing! It promotes Illinois PTA as an outstanding organization advocating for the best interest of children and families,” said Peggy Staehlin, Illinois PTA secretary.

The Illinois PTA Convention and Advocacy Conference takes place March 29-30 this year*, where the program book will be distributed to registered convention attendees.